Na’vi Bodies – How BIG are you?

Is smaller better? Do you know what your body type is?  Are you pear shaped, apple, watermelon or maybe you are closer to the  Na’ Vi Body like the one in the movie Avatar?  They are a lot like human bodies right?  Similarly, they have two arms and legs, two ears, two eyes, one nose and one mouth, but they are a bit more slender in comparison to the human bodies, although they still are similar in their proportions. That, however, is where the obvious differences seem to end. 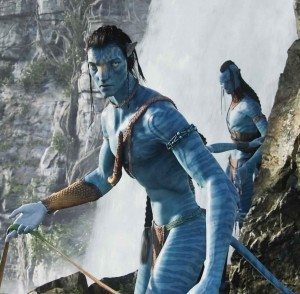 I thought it was interesting to note that the Na’vi anatomy includes a small tendril that protrudes from the back of the head and is covered by a ponytail. This tendril allows them to connect to the environment around them. Other differences between Na’vi bodies and human bodies include the color of their skin and the fact that the Na’vi are several feet taller than the average human which gives them an advantage, as far as their strength and speed is concerned.

That being said here’s my question and root observation.  How fit are you?  Some make this judgment on eyesight alone. The assumption is that if you are skinny or a person of average build you are healthy and fit and if you are fat or a person of larger frame size you are sick and unhealthy. Let me just say, it ain’t necessarily so Joe!  Furthermore no matter what shape or body type you are or even if you have tendrils flowing from the back of your neck and blue in color like the Na’vi, it is not a measure of your health or fitness level.  Far too often I have met with people who are of average size but unfit and unhealthy.

Here’s what matters.  Health!  Focus on health and functional fitness first, not how you look and everything else will fall into place.  AMEN!

Give Me 20 Minutes and I’ll Give You the Tools Needed to Take Your Body and Life to the Next Level.

I created this e-book and video because I want to help others improve their lives, live their dreams and serve the world through their passion. To make the kind of impact I’m talking about and to serve a greater good, it’s important that you be FIT, FIERCE AND FABULOUS!

This FREE e-book could be a blessing in disguise! You can’t afford not to know this. You have to take action to make things happen!

Your Free Report and Video Have Been Emailed to You!